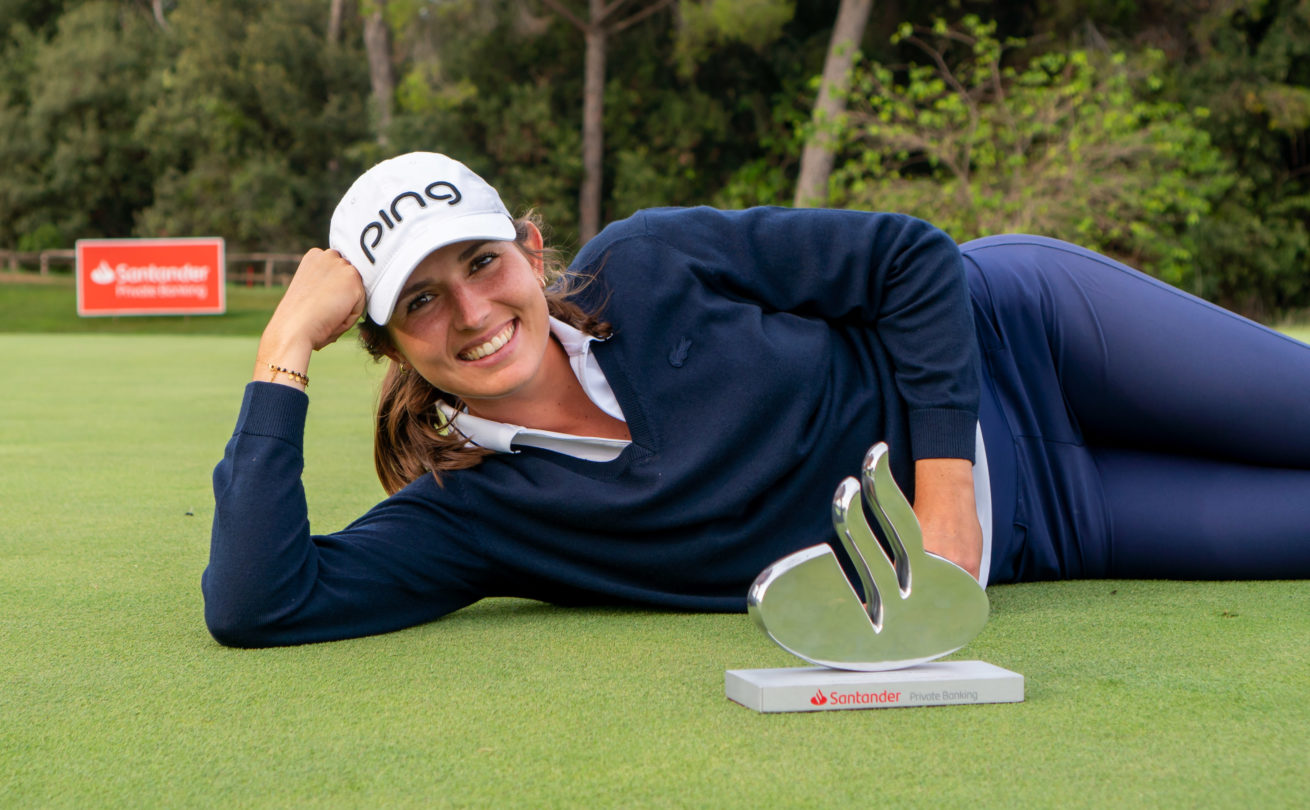 From October 20th to 22nd, 95 players came to play in the last event of the year of the Let Access Series. Thanks to its proximity to Barcelona, ​​just 25 minutes away, it has been very easy for the players to fly to Barcelona from 29 different countries to play one of the finest golf courses in Europe.

The course was nicely prepared to receive the Letas players in the best conditions. The fairways were smooth and the greens were fast being one of the great challenges of the course.

During the first two days, the weather was nice with just a few hours of rain but the girls showed an amazing game. After all, 59 players made the cut that was set at +11.

On the 3rd round, the amateur Charlotte Liautier was in first position with -2 followed by the local player, Mireia Prat at level par and the English player, Rachael Goodall, also at level par. A very close final, with birdies and triple-bogey that were changing the leaderboard all day long. At the last minute, another amateur appeared at the first positions of the leaderboard: 16-year-old German Helen Briem.

” The strategy on the course is very important because the course is  demanding. But i have played very good and I stayed patience along the way” – Charlotte Liautier

On the last 18th hole, par 5, she had an eagle putt and came out with three putts for a total of +1. These three putts kept her from going to playoff or even winning the tournament, which was for the French amateur Liautier with a total of par. In addition, as this tournament has been the last of the year, the first six players on the letas ranking have secured and have been giving the LET card for the 2022 season: : Lily May Humphreys, Gabrielle Macdonald. Nina Pegova, Rachael Goodall, Sofie Brigner y Emilia Tukiainen.

The general feedback has been positive, praising the course, the Club staff and the organization of the tournament by Deporte & Business. A demanding course that has put the best players in Europe to test.