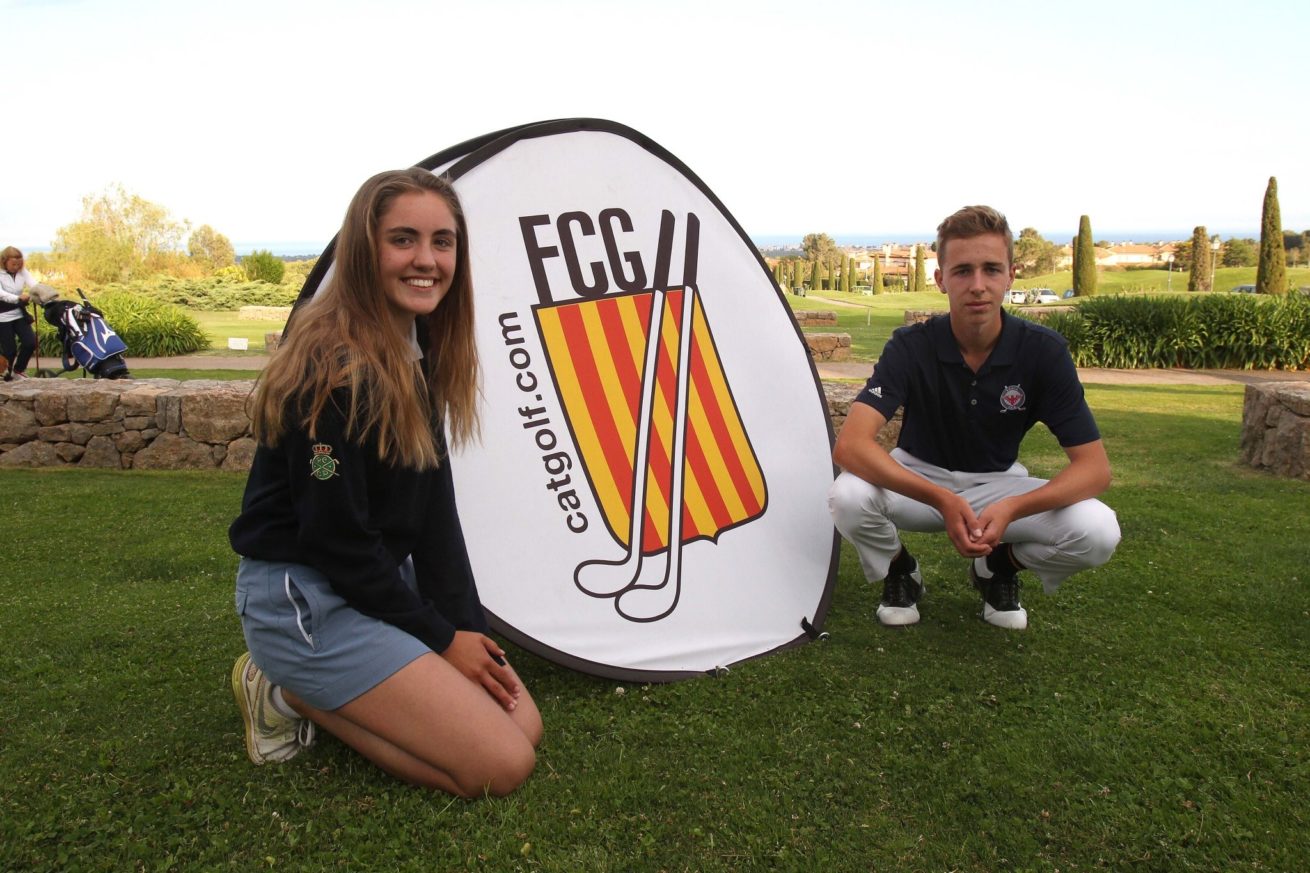 The RCG player El Prat took the title at Golf Bonmont in an exciting final tournament, which was decided very tightly.
With a total of 148, she was crowned this Sunday, the new champion of Catalunya Absolute, after two intense days of play at Golf Bonmont. The FCG tournament was reduced to 36 holes after Friday’s day was cancelled due to strong gusts of wind. With the tournament reduced to two days, De Sentmenat was the most regular on a demanding course at Golf Bonmont, which kept the excitement and equality, virtually to the last hole. In the women’s tournament, the RCG El Prat player, Andrea de Sentmenat, was the most regular and with two laps of 75 and 73 strokes, was proclaimed new champion of Catalonia, with a total of 148 strokes, surpassing by a single impact to one of the players who arrived in better shape, Laura Pasalodos (Golf Barcelona), who signed 149, after two cards of 75 and 74 strokes. Berta Sánchez (La Roca) and Agueda Cortilla (El Prat) shared third place with 152. In the 2nd category competition, the new Catalan champion is Sofia Pedrero (Golf d’Aro), with 161 strokes after two laps of 82 and 79 impacts. The runner-up was Teresa Dorado (Costa Brava), with 163 strokes.

Real Club de Golf El Prat is regarded as the best golf course in Barcelona and among the finest in Spain, having hosted more than 250 top-level national and international championships, including the European Tour Spanish Open on 10 occasions.

Just 35 minutes from the centre of Barcelona and one hour away from Costa Brava and Costa Daurada, golf club El Prat is steeped in history with its roots dating back to 1912.
Some of the biggest names in golf such as Spanish legends Severiano Ballesteros, José Maria Olazábal and Sergio Garcia, eight-time Major winner Tom Watson, and Tommy Fleetwood have featured there in various European Tour tournaments, while Masters champion Garcia and European Tour star Pablo Larrazábal are both members.

El Prat is the only Catalan Club together with PGA Catalunya to boast 2 championship courses and the only Spanish course along Lumine golf designed by the legendary Greg Norman. The layouts play over an exciting mix of five highly acclaimed configurations – the Open, Blue, Yellow, Pink and Green – as well as being home to a modern and lively clubhouse and extensive practice facilities, as well as a 300m driving range and a host of specialist short-game areas.

The multi-award-winning El Prat was recently named as one of the 125 Platinum Clubs of the World – Five-star Private Club alongside other Spanish top Clubs such as Real Club Valderrama, Real Club de Golf de Sotogrande, Real Club de la Puerta del Hierro.
And the prestigious club has carefully chosen a selection of hotel partners to create a variety of stay-and-play packages to provide golfers with the chance to enjoy some of the most sought-after hotels in Barcelona such as Majestic Hotel Spa Barcelona, Grand Hotel La Florida, Hotel The Serras, Hotel Arts and W Barcelona.