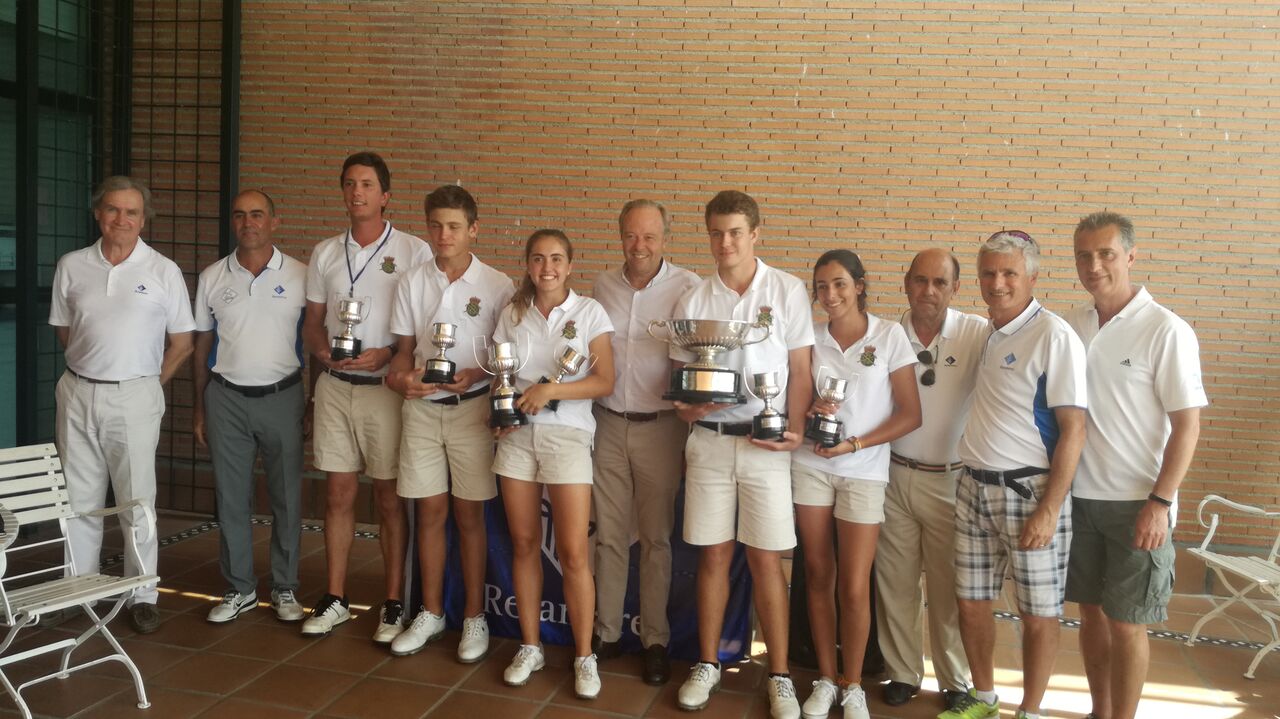 Intetclubs: The Barcelona team has won the one with solvency in Retamares supported by a great Eduard Rousaud

The team representing the Real Club de Golf El Prat Barcelona has revalidated the title in the Interclub Championship for Cadets and Girls/Boys 2018 teams, which has been held at the Retamares Golf Club in Alalpardo, Madrid.

The Catalan team, made up of Eduard Rousaud, Andrea de Senmenat, Josep María Serra and Teresa Dorado, has been the best in the two days of competition supported by the first of them, who signed a 65 in their individual round.

El Prat (345 hits) has overtaken the combined Club de Golf Terramar (277) (Barcelona), second, in 32 strokes and the School of Golf Federation of Madrid (385), third, in 40. This result speaks of the superiority of the team of Terrassa.

At the end of the first round, El Prat already dominated, with 72 hits on the foursome and 65 on the fourball for a cumulative 137. He was followed by the Real Club de Golf La Herrería (Madrid) with 153 and Terramar with 154.