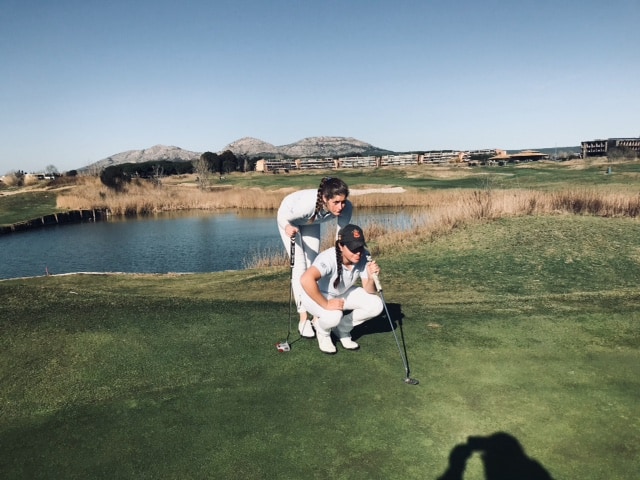 Championship. The official pairing competition of the FCG, which took place last weekend in January on the Links tour of Empordà Golf, was decided by a single blow in the men’s category, and three in the women’s category.

The Catalunya Doble Championship, held at the links course of Empordà Golf crowned the new champion couples, in a competition that had two very different days at the climatological level, although all competitors raffled with the greatest hope and desire to make a good result. In the men’s category, final victory for the pair formed by our young Josep Maria Serra and Guillermo Acha (Golf Barcelona), after accumulating a total of 157 strokes, after the 84 of the first day -in difficult conditions with cold and wind-, and the 73 of a sunny Sunday whose good temperature had nothing to do with the previous day. At a single impact, ended the couple formed also by two young members of the Club, Eduard Rousaud and Joel Moscatel), with 158.

In the women’s category, we are also to be congratulated. The title was for our player Dana-Helga Puyol and her partner, Berta Sánchez (La Roca), who, after 79 strokes of the first day, leaving behind all the other competing couples, dedicated Sunday to keep their wide lead, and his return of 80 strokes was enough to take the title, with 159. Three blows left the couple formed by another of our partners, Valeria Biarge and Marta Badía (Costa-Daurada). Congratulations!