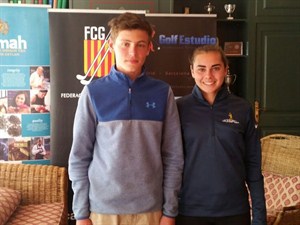 Empordà Golf (Girona) crowned this Sunday the new champions of Catalunya Boy/Girl and cadet, after three demanding days of play in the course links course of the Girona field, which did not give truce to the players, with the wind as the protagonist. And in these difficult conditions, one of the great winners was 15-year-old El Prat RCG player Josep Maria Serra, who was proclaimed champion of Catalunya Boy and also as best cadet, with a total of 216 strokes. Serra scored the difference in the last day thanks to his 74 strokes, leaving far behind all his pursuers, especially Ignacio de Pineda (Terramar), who went to 81, leaving the title to Serra. The young 15-year-old still had less of a rival among the cadets, scoring no less than 22 hits to the runners-up.