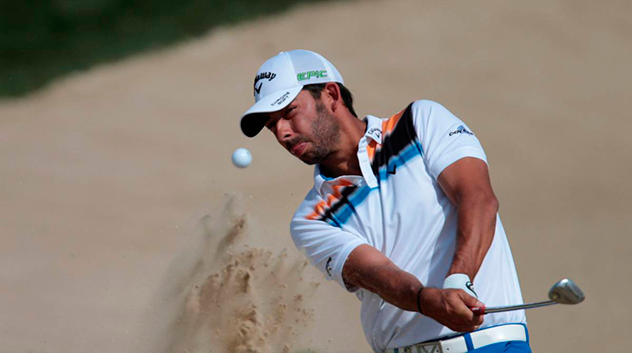 Pablo Larrazábal has achieved the first great result of the year in the European Circuit for the Spanish golf; he was second in the Abu Dhabi HSBC Championship, event that marks the beginning of the traditional desert tour of the European Tour. Only the english Tommy Fleetwood could beat the spanish player.

Pablo Larrazabal started the day in fourth position with a single stroke behind leader, who was the English player Tyrrell Hatton. Players like Dustin Johnson or Martin Kaymer were close to the leadership, along with the Spanish, who had more options to ruin the day of the leader.
Pablo showed his best talents around the green on a day that was complicated since early in the morning because of the strong wind and was fighting in the top positions throughout the day.
Pablo needed an eagle in his final hole to push a playoff and although he had to go for a birdie he signed a great tournament to start the year. Remember that Pablo already won this tournament in the 2014 edition.

Larrazabal has been in the top 100 worldwide for more than three years.