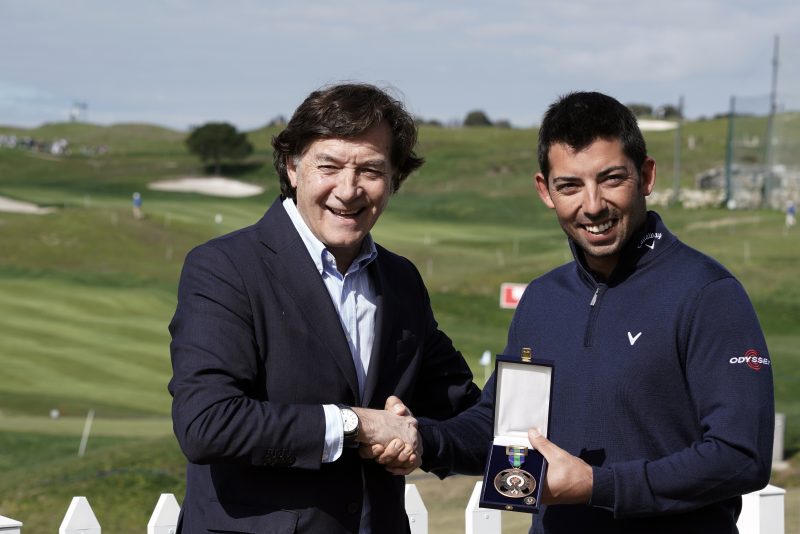 Saturday was no ordinary day for Golf and for Pablo Larrazábal, and not only because he was facing a’moving day’ in the privileged positions before a dedicated audience, but also because before going out to the field he received the Bronze Medal of the Royal Order of Sport Merit, the highest distinction awarded to sport in Spain, by the Secretary of State for Sport, José Ramón Lete.

Situated on the picturesque 518-acre estate of BonVilar since 2002, El Prat is the only Catalan Club together with PGA Catalunya to boast 2 championship courses. Designed by the legendary Greg Norman, the top quality layouts play over an exciting mix of five highly acclaimed configurations – the Open, Blue, Yellow, Pink and Green – as well as being home to a modern and lively clubhouse and extensive practice facilities, as well as a 300m driving range and a host of specialist short-game areas.
The multi-award-winning El Prat was recently named as one of the 125 Platinum Clubs of the World – Five-star Private Club alongside other Spanish top Clubs such as Real Club Valderrama, Real Club de Golf de Sotogrande, Real Club de la Puerta del Hierro.