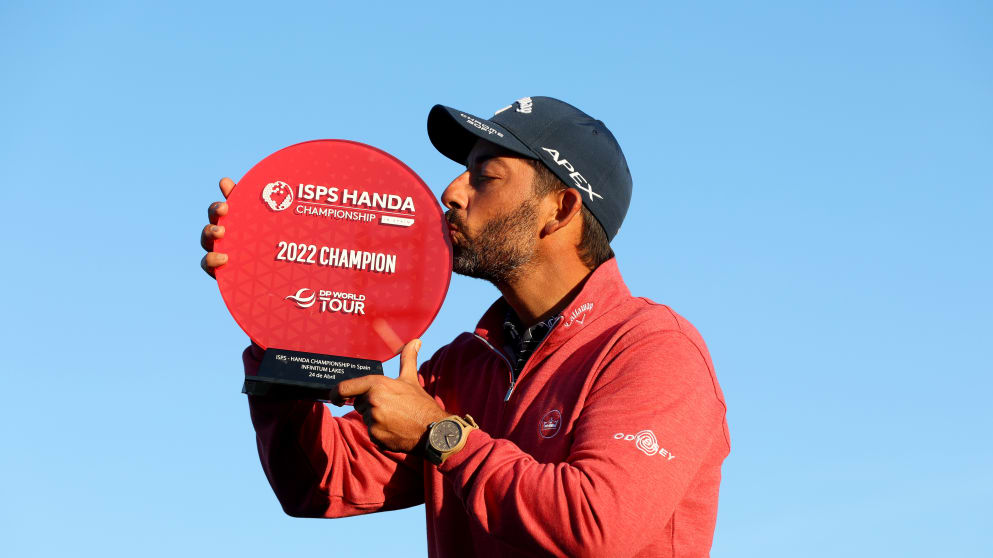 Pablo Larrazábal has done it again…Seventh victory in the Dp World Tour!

This time it was at Infinitum Golf, in Tarragona, the ISPS Handa Championship. A tournament that was affected by the weather and had to be suspended on several occasions due to heavy rains.

But this did not bother our member on his personal mission of winning and all the scorecards presented in this tournament were under par. But what really gave him the victory was a spectacular final round of 62 strokes. With 5 birdies in a row in the second round, Pablo signed a -8 for a total of -15, just one shot behind Adrián Otaegui.

The members of Real Club de Golf El Prat commented on how happy he is to win at home, with his family and friends supporting him and, above all, because of the years before were he was not confortable with his game. Two wins so far this year is a good dosis of confidence. We are happy and proud of this seventh victory, without a doubt, a great feat for Pablo and for the Spanish golf.

We wish you many more victories!