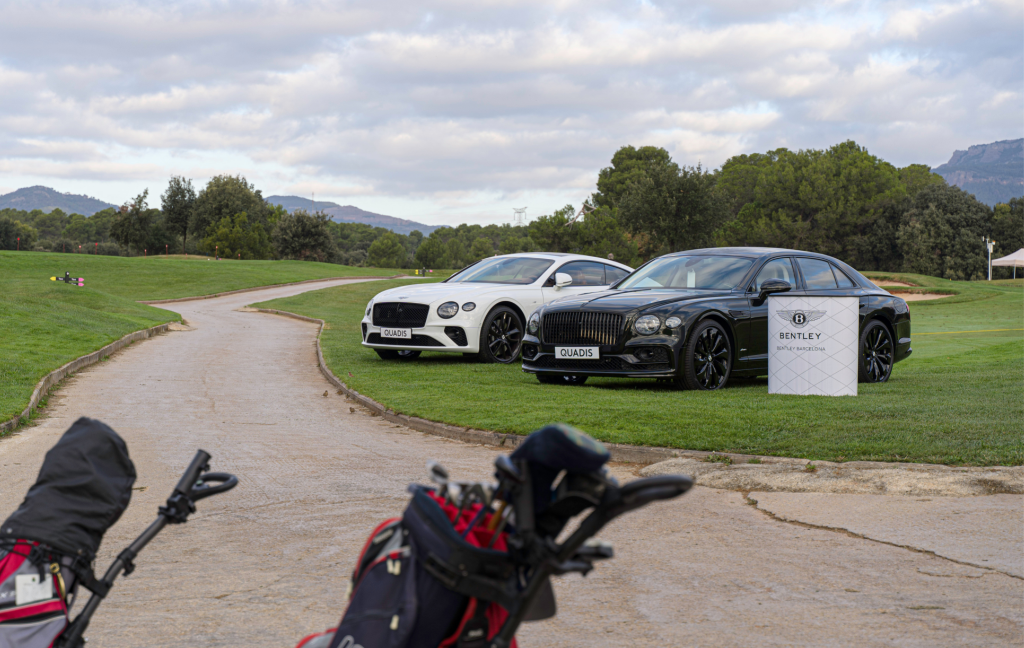 Success of the Quadis social tournament held on November 12 at the Club. The Real Club de Golf El Prat woke up on this day with some of the highest-end cars from the Quadis dealer, Sòlmobil, Cars Gallery and Motorsol Gallery, which were exhibited at the entrance to the Club House. Lamborghini, Bentley, Maserati and Jaguar models, among others, welcomed the players.

The day was very sunny, upon arrival the players received a Welcome Pack and breakfast to later start the game with a shot start. The tournament was held on the pink course in Individual stableford format. During the competition, the players had a provisioning tent on the 10th hole of the same course.

After the game there was a cocktail meal and prizes were awarded to the winners. In addition, we have a pianist who entertained the cocktail by playing a latest Stanley model that impressed everyone in attendance. Also, G’Vine and 1800 cocktails were offered that did not leave you indifferent. Finally, different gifts such as a putt, a putting mat or bags of clubs, among others, were raffled. The Quadis Multibrand tournament is once again a success among Club members.