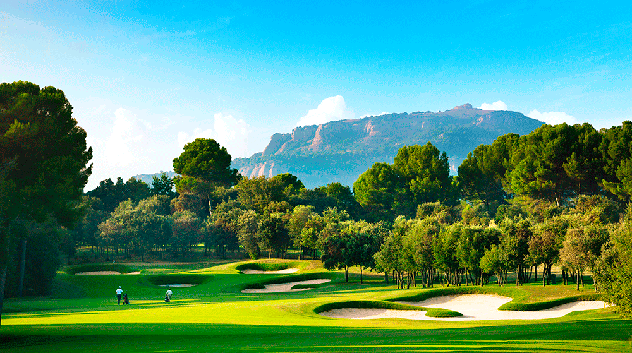 The Presidents, Honorary Members, Delegates, Invitees and Committee Members from the 47 member countries of the EGA will come together for the anual meeting of the association, which is held in a different European country each year.

The EGA, which is based in Lausanne, Switzerland, has as its principal objective the promotion of golf at the highest level of competition, the maintenance of the unity of its membership, the promotion of best practice in the development of golf across Europe, and the implementation of sustainable, viable and efficient golf management.

“The Real Club de Golf El Prat is honoured to be chosen to host the 2016 European Golf Association Annual General Meeting, which was held at St Andrews last year and which next year will take place in Switzerland.”

Both the President of the Real Federación Española de Golf, Gonzaga Escauriaza, and its Managing Director, Jorge Sagardoy, will be present at this important event at which the Committees that make up the EGA will report on issues such as calendars of events, handicapping systems, golf rules and rankings.

The various committees of the EGA will meet at the DoubleTree by Hilton La Mola Hotel, Integrated hotel on the same golf course, from Wednesday 16th November 2016 with an intense programme of meetings and break-out sessions scheduled until Saturday 19th November 2016. They will also be able enjoy the natural surroundings of the hotel and club and their gastronomic offering.

On Thursday 17th they will meet in the clubhouse of the Real Club de Golf El Prat, and will have the opportunity to get to know the facilities and the courses, and in particular the Open Course, on which the two most recent of the ten Spanish Opens hosted by El Prat have been played. The Open Course is one of seven 18 hole combinations made possible by the45 hole Greg Norman designedfacility, which is situated in an incomparable 210 hectare natural setting, surrounded by the 13,000 hectares of the Sant Llorenç del Munt i l’Obac Natural Park.

The historic Real Club de Golf El Prat is one of the most famous golf clubs in Spain and continental Europe, with origins which date from 1912 and its first site at the Pedralbes Golf Club. Today the Club is situated 25 minutes from the city of Barcelona in a location that is ideal for a combination of the highest quality golf and the plethora of cultural activities, and the varied gastronomic and leisire offering of the cosmopolitan Mediteranean city of Barcelona.

The Real Club de Golf El Prat is renowned for its numerous professionals who are active on the different European Tours, and for having hosted more than 250 national and international championships in addition to 10 Spanish Opens. In recognition of this the Club received in 2013 and Honourable Mention in the list of the 125 best members clubs in the world published by Platinum Clubs of the World, the Gold Plaque for Sporting Merit in Spanish Sport, and in 2015 the Olympic Plaque from the Spanish Olympic Committee.