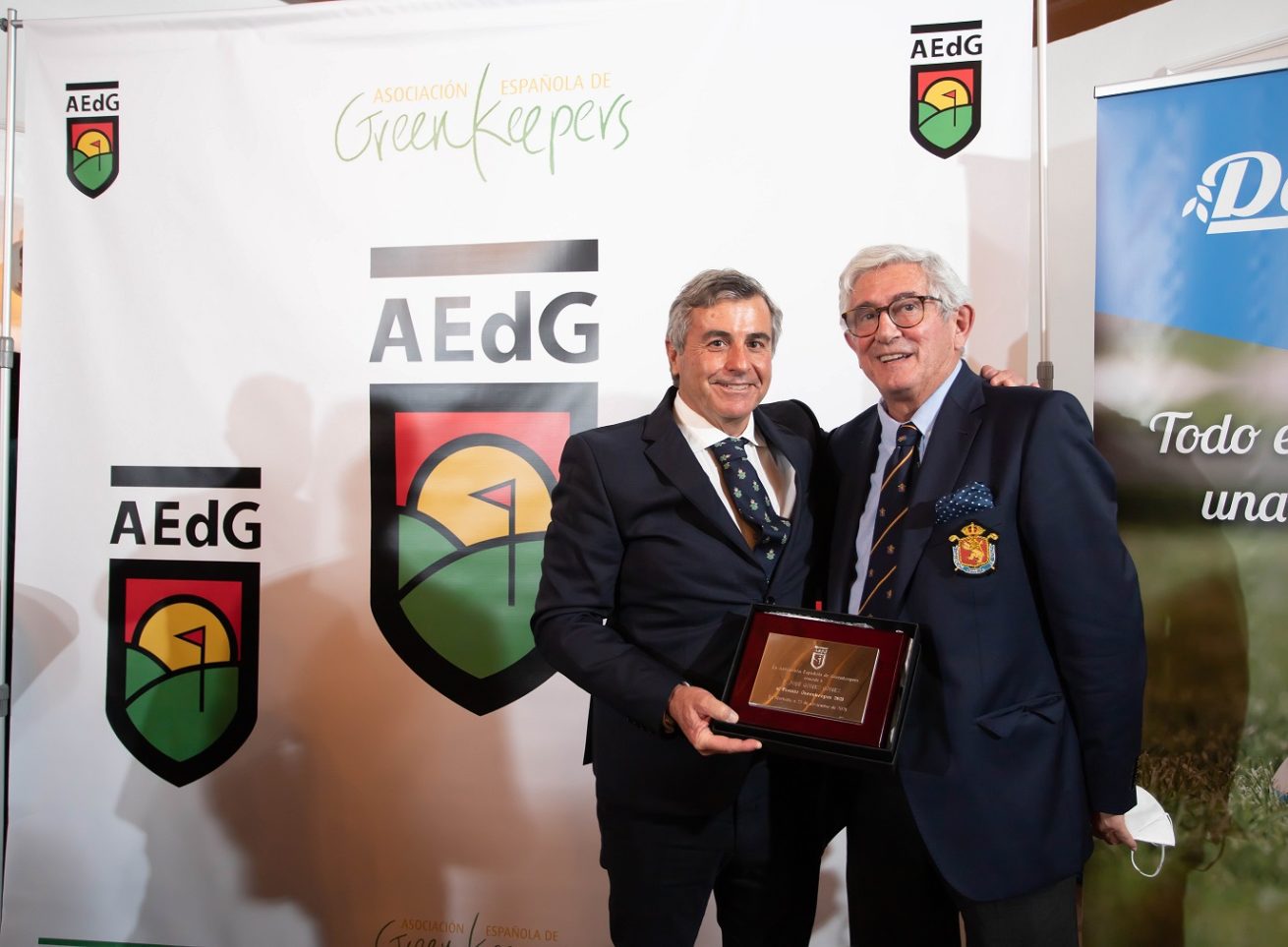 From November 22nd to the 24th the 42nd Congress of the Spanish Greenkeeper Association took place in Marbella where the Greenkeeper of the Year 2021 award was given to José Gómez, greenkeeper at Real Club de Golf El Prat.

It is an honour and pride for the Spanish Golf Club to have the winner of this award as head greenkeeper of its 45 holes. It was not a surprise, as we knew what kind of professional José is, but it was a satisfying recognition to a long and hard work career.

The congress had several activities starting the first day with a golf tournament. Then, on the second day, golf industry companies had the opportunity to show and present their products and new technologies at the conference centre were a fair was organized. In addition, there were round tables with presentations on golf design, tournaments, grass, etc. A very interesting day where the participants were able to share experiences and knowledge with their colleagues.

It was at the congress dinner where the different awards were given and José won the most important award: Greenkeeper of the year 2021 by the Spanish Association of Greenkeepers.

José Gómez has been at our Club for more than 40 years working on its courses, taking care and preparing them to reach the high standards that a club like Real Club de Golf El Prat requires.

“The AEDG has been very generous. This award is very big, much more than they think, since it is not only for me but for many people who have helped me fulfil my almost impossible dream at 20 years of age: to be able to become a greenkeeper and a fellow AEDG member ”- José commented amidst the excitement of receiving this award.

The Spanish Greenkeeper, in addition to his passion for the sea, lives his profession with enthusiasm so he has travelled all over the world to gain all the knowledge possible. Moreover, all that effort and expertise has made Real Club de Golf El Prat great.

“For me, at a professional level, I cannot obtain a greater award than the recognition that my colleagues from the AEDG are giving me”

Congratulation to the new Greenkeeper of the year 2021 for working non-stop at RCG El Prat. We hope to continue enjoying his experience on the amazing, fast, and best greens of Barcelona.