THE BEST GOLF COURSE FOR TRAINING IN BARCELONA

THE BEST GOLF COURSE FOR TRAINING IN BARCELONA 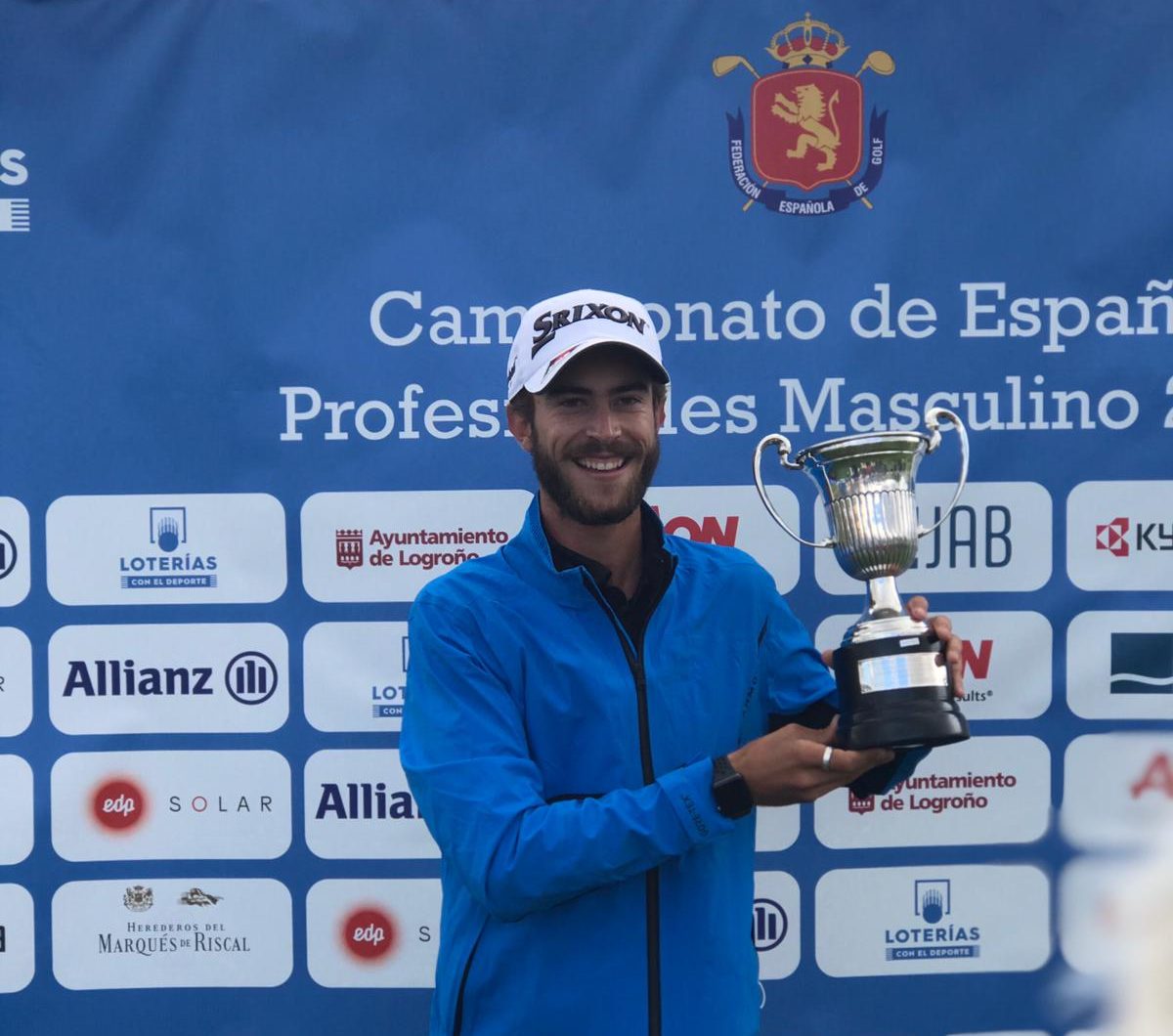 Golf professionals from Barcelona and from all over choose the Real Club de Golf El Prat as their best training course because for all the great facilities. In addition, professionals from other parts of Europe and even from around the world come to the best golf course in Barcelona, to test their technique on two courses designed by Greg Norman.

With 280 hectares, the Real Club de Golf El Prat is one of the largest clubs in Spain. The Club has 45 holes, a driving range with double tee; two putting greens , as well as two fantastic approach areas with practice bunkers.

Lucas Vacarisas grants us an interview after winning two tournaments: the Alps Tour of Andalucía and the Spanish Professional Championship 2020. In 2016 and with only 18 years old, he became a professional golfer and this 2020 is being, without a doubt, a great golf year. What’s more, with his first professional victory in the Alps Tour and his good results during the season, Lucas is currently in 2nd position in the Alps Tour ranking with clear options to win the Challenge Tour card.

Training at the best golf course in Barcelona

Winning a tournament at a professional level cannot be done by anyone. On the contrary, it’s an accumulation of circumstances, training, hours, trips, mental work… and Lucas has gathered everything to enter the winners list. We ask him about the victory, and he is straight-forward about his feelings.

“After so many years it has been a boost of confidence. Winning is hard and it has been a relief for me. More than anything it is very rewarding.”

According to Lucas, training at Real Club de Golf El Prat has benefited him greatly because of the magnificent short and long game facilities. In addition, not only do Greg Norman’s 36 holes help him to have his game at a high level, but the Pitch & Putt course make it easier for him to train his precision, something he likes very much.

” It is a luxury to be able to train with colleagues since motivation and competition are the order of the day.”

Lucas has also valued it very much after the lock down as they organized a pool every Thursday that served them to practice in a competition level and, although it is not the same as being in a tournament, it can be very much like it.

Every golf player wonders what to do in order to win a tournament in a sport as demanding as golf. Lucas has it clear,

“I have changed my behaviour off the course and I am now much calmer and more orderly in my day-to-day life. Also on the course I have changed the way I train, paying more attention, because you have to take advantage of every second you are here on the golf course and in the end, it is what makes the difference when you are in the tournament.”

This season Lucas has got very good results and this has had an impact on the ranking of the Alps Tour and therefore on his future. This week he plays the final of the Alps Tour and is in second position and one step away from getting the Challenge card. It can be a psychologically difficult situation, as that tournament would make a difference in his future. But Lucas, characterized by his calm personality, tells us that he is certain that it depends on himself and his goal is to play shot by shot, with a winning desire. He knows next year he wants to play in the Challenge Tour.

A final round worthy of the best professionals was the one experienced by Lucas Vacarisas at the Logroño Golf Course. With one hole left and losing by one stroke, Lucas knew that he had to make a birdie to have a chance of winning. He believes that the 18th hole was an affordable hole to make a good result, besides he had just given three good tee shots and he was confident about his game. With a favourable wind, he decided to play that par 5 with the same strategy he had previously planned. With a good start, he left himself the opportunity to hit the green with his second shot, and he did so, leaving himself a four-foot putt for Eagle. Although we made a reference of his calm personality, it is worth mentioning his temperance in order to make an Eagle putt and take over the tournament.

How to train in the best golf course in Barcelona

Our member is very focused on training the short game and under 100 meters, strokes that he considers must improve in order to compete at the highest level and he can train perfectly in our Club, the best golf course in Barcelona.

Although he does not consider himself superstitious, he does confess that he carries two of his nephew’s stones in his golf bag. But he is more of a thinker, and when we ask him about his future, it is clear to him that golf is difficult and uncertain, that the only thing he can do is to train hard, and the results will tell how far he can go.

Lucas Vacarisas tells us his game strategy to play his favourite hole, the 16th of the Yellow Course. With a good tee shot to the centre-right part of the fairway, it leaves an opportunity to hit the green in two. Then, with 225 meters to the flag, Lucas chooses a wood with the intention of playing a high ball and be able to stop it on the green. Although this time he has not reached the green, the chip he has is easy and he plays it perfectly to leave him a 1.5 meter putt for birdie. Finally, he makes the birdie, but he points out that the hole is not easy, that the important thing is to make a good tee shot to give you the chance of signing a good result.

His teammates describe him as a great player and a better person. Two qualities that we are sure will help him go far in this profession. The Real Club de Golf El Prat wishes you many successes in your professional career.