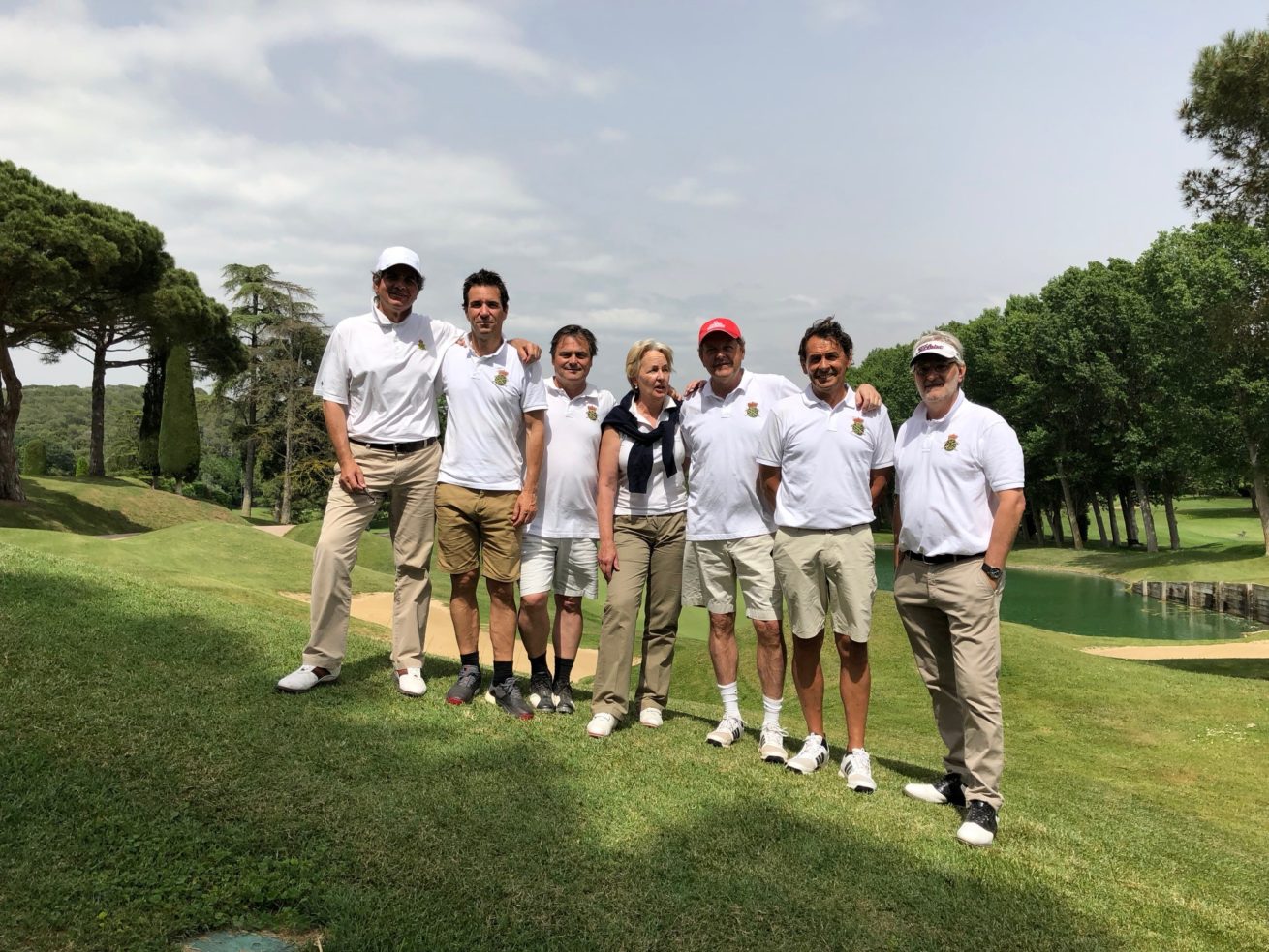 The favorite won the competition of the Catalan Federation of Golf Senior Interclub Golf held at Golf Vallromanes this weekend, adding 374 strokes, with three advantage over Llavaneras (377), best Handicap

The RCG El Prat, with 374 strokes and Alvaro Lopez de Lamadrid leading the team as captain, was proclaimed Golf Vallromanes, new champion of Catalonia Senior Interclubs 2018, after accumulating a total of 374 strokes after two days of play. The second final place went to Golf Llavaneras, with 377 and the third was Golf Terramar, with 378. A total of eight clubs participated in this FCG competition with their best seniors in action, Golf El Prat, Terramar, Vallromanes, Golf Barcelona, Llavaneras, Empordà, Handicap 1 and Montanyà. On Saturday, which was played in the Greensome Stroke Play mode, there was a triple lead, between El Prat, Terramar and Llavaneras, which added 235 scratch shots, leaving everything open for the second and final day where they were going to play under the Fourball Stroke Play mode. And in the Sunday game, El Prat made the difference by a very small margin, accumulating 219 hits, thanks to the couples Daniel Jiménez-Quesada-Enrique Uriach (73) and Alfonso Vidaor-Eugenio Bores Leonori (72), and the 74 of Ana Vilella-Juan José Martínez. Llavaneras left at 224 while Terramar could not reach El Prat with 225. Therefore, the Challenge Cup went to El Prat, while the best Handicap result was for Llavaneras, with 349. As in all the official competitions of the FCG, they joined us at Golf Vallromanes.