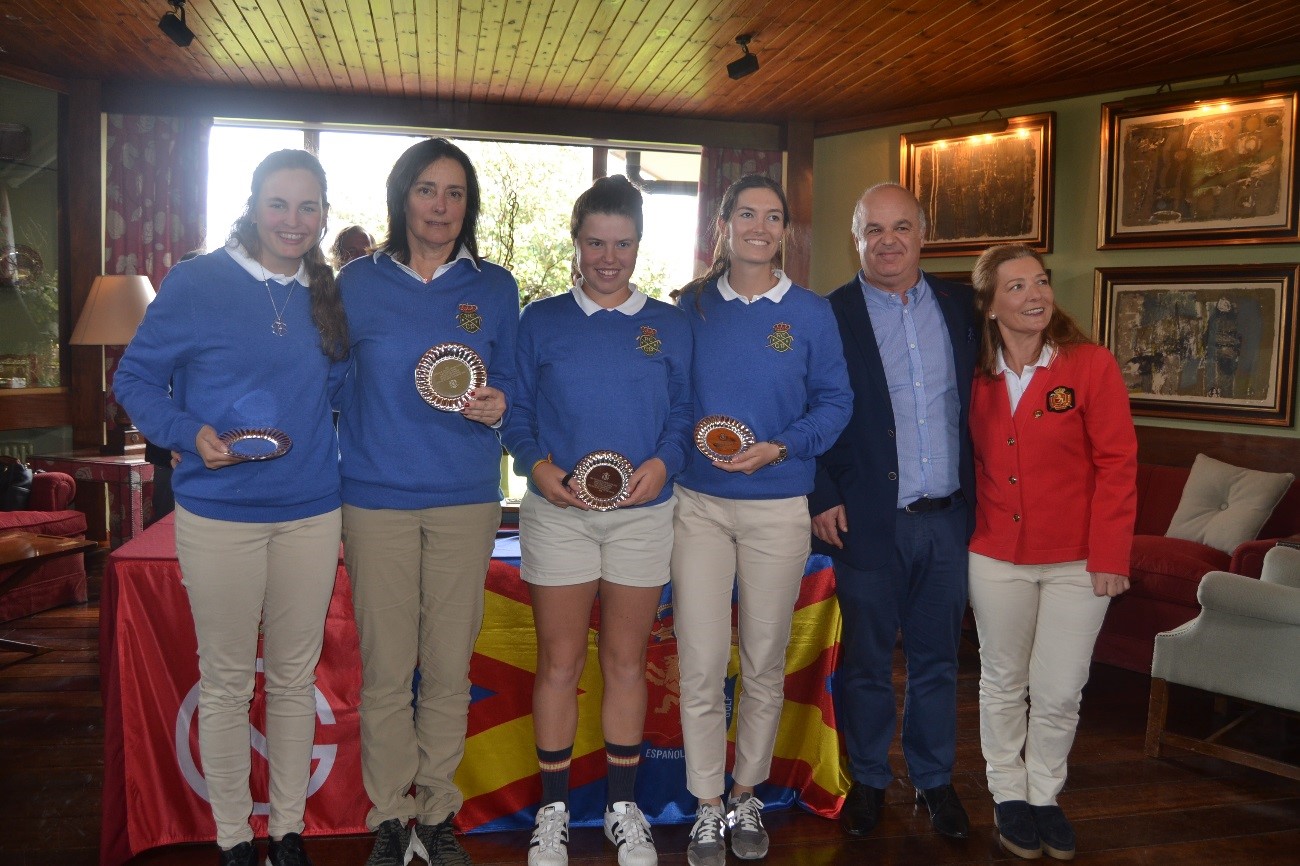 The golf team, formed by Cristina Felip, Dana Helga Puyol, María Piñeiro and Soledad Desvalls and captained by the latter, finished third after beating Puerta de Hierro in the match for third and fourth place (2.5 – 0.5).
The winner of the tournament was the representative of RNCSS Basozabal, who won the title for the third time after defeating the host team on the course of the Real Sociedad de Golf de Neguri (Getxo, Vizcaya). The final was resolved by a 2-1 result of a comeback of the Donostiars in the singles.

Ours couldn’t make it past the semi-finals against Basozabal, who ultimately won the tournament. The club from Gipuzkoa won the direct one with 2,25-0,5. In the foursome match there was a draw that left everything open for the singles. The Basque team had no choice there, Natalia Aseguinolaza overtook Dana Helga Puyol by 2/1, while María Villanueva beat María Piñero by 6/5.
It is worth remembering that this Spanish Interclub Women’s Championship has been held since 1976, a competition where the RCGP won in 1992, 1994 and 2016.