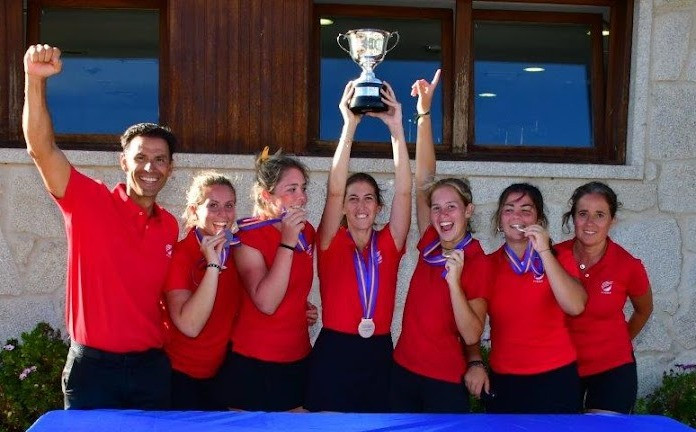 On Sunday 11th of September, Catalonia won the Interautonómico Sub 16 Femenino Championship played at the Balneario de Mondariz golf course in Pontevedra after defeating the region of Valencia in the final by 3,5 to 1,5.

The Catalan victory was already forged in the foursome match when Marina Joyce and Alejandra Vidal, on one hand, and Anna Cañadó and Claudia Lara, on the other, beat their Valencian rivals by 2,1.

With the score 2-0, it was necessary to make a final effort to win a great victory. Although the region of Valencia won the first individual with the victory of Balma Davalos against Alexandra Vidal, Anna Cañadó sealed the deal in the last match after beating Cloe Amión by 3/2. Meanwhile, Marina Joyce tied her match.

Once again, the RCGP players Anna Cañadó and Claudia Lara, along with their FCGolf teammates, showed their talent by taking the first gold to Catalonia in the Interautonómico Sub16 Femenino Championship.

The RCGP Junior Club continued to collect triumphs during the same weekend at the Catalonia Match Play Sub16 Championship held on Sunday 11th of September at Golf Costa Daurada.

In this modality of direct eliminations, our young golfer Pablo García was the winner in Cadet category. In the children’s category, we highlight the participation of Xavi Yagüe who finished as second classified.

The list of winners who learn to play golf in the RCGP Youth and Children’s School does not end here. The younger players in female category, were Lola Cabanes together with Laura Albiñana in second position.